A rare BMW 507 that spent nearly half a century hidden in a garage is getting a new lease on life.

The 1957 Series II Roadster in question will go under the gavel at the Bonhams Audrain Concours auction on September 30. A true grail, it is expected to realize between $1.8 million and $2.2 million.

The 507 is widely considered the most collectible and coveted bimmer to date. The German marque made just 252 examples of the flagship sports car throughout the late ‘50s. The glamorous convertible’s exclusivity (and price tag) attracted the glitterati of the era. Notable owners include Elvis Presley and King Constantine II.

This particular matching-numbers example was delivered new to Caracas, Venezuela. It was fitted with sought-after Rudge knock-off wheels and an optional hard top. As standard, the 507 was equipped with a V-8 engine and 4-speed ZF manual transmission.

The antique ride eventually made its way to Montreal, Canada, and was snapped up by the current owner’s late father in 1979. It was driven straight into a modest garage in Philadelphia and has been collecting dust for the past 43 years. According to the auction house, the two-door was actually part of a fleet of 507s kept by the family and was only started up from time to time. 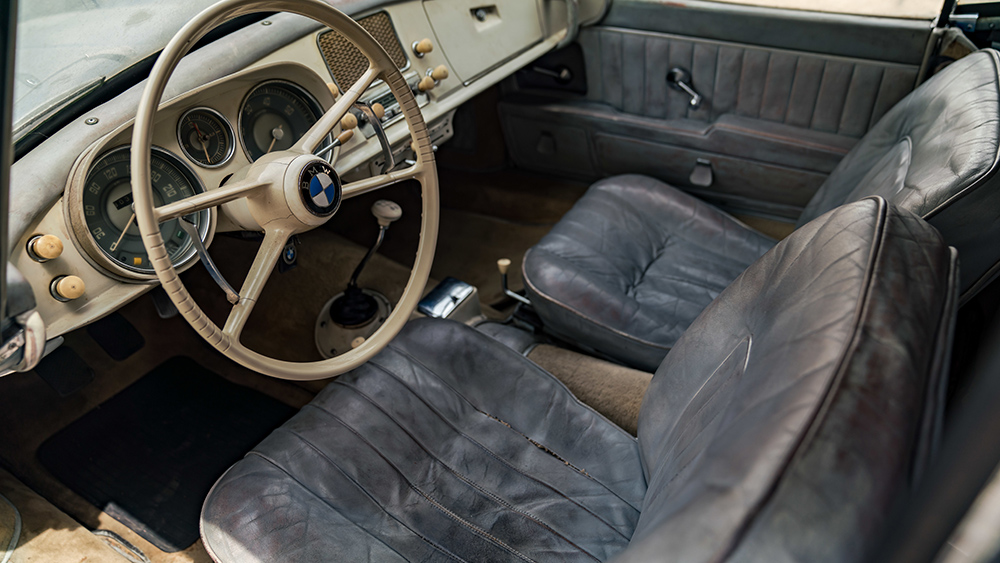 The original leather interior has a “lived-in” appearance.

As for the condition, the BMW was treated to a makeover in the early ‘70s and repainted in Pontiac Bright Blue Metallic. Inside, meanwhile, the original leather interior has what Bonhams calls a “lived-in” appearance.

“This treasure of a garage find, which has been squirreled away for more than 40 years, offers a spectacular opportunity to the serious collector—and it’s offered at no reserve,” Eric Minoff, senior specialist at Bonhams US Motor Cars, said in a statement. “The new owner has the choice of sympathetically refurbishing or fully restoring this recently discovered gem.”

That’s a choice we should all be so lucky to make.

Check out more photos below: 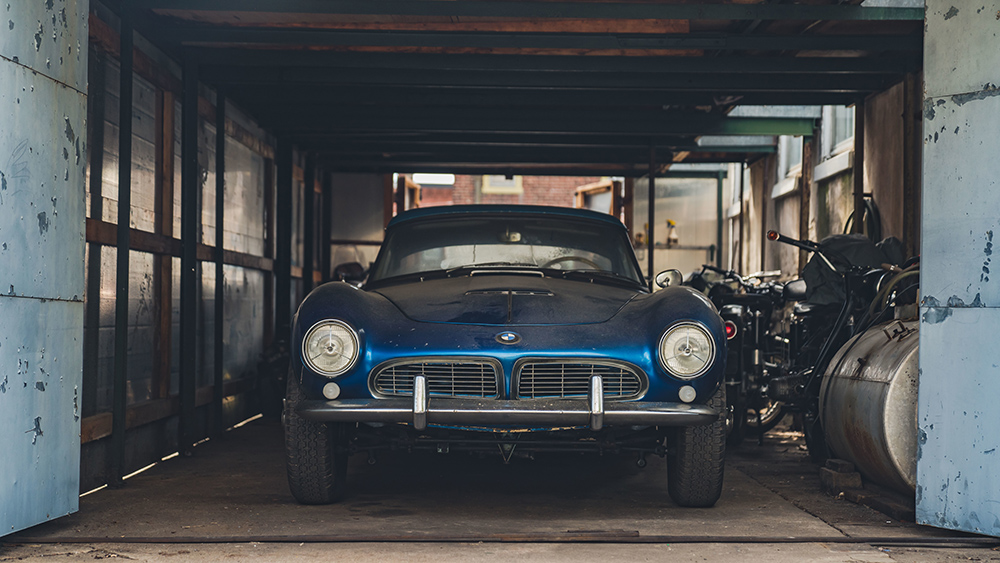 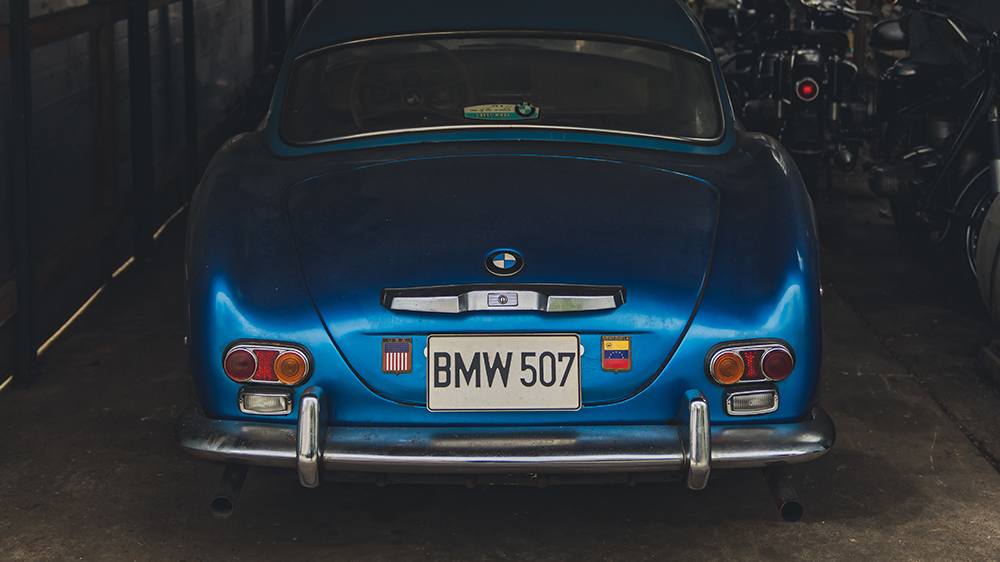 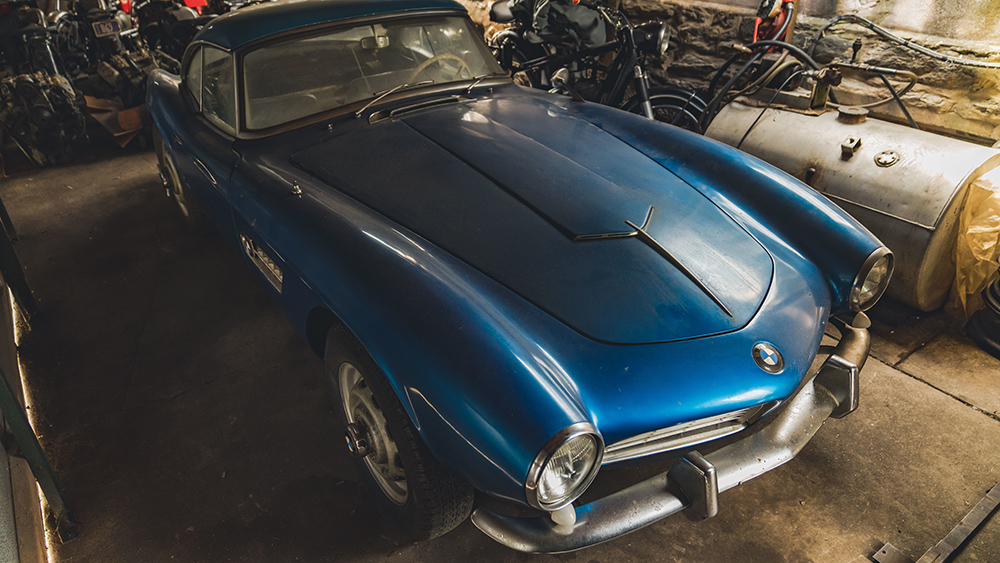