Bryan Cranston’s Wife: Everything To Know About His Spouse, Robin, & His Previous Marriage

Bryan Cranston has been happily married to his wife Robin since 1989, but she is not his first love. Learn more about Bryan’s relationship history here.

From ‘Malcolm in the Middle’ to ‘Breaking Bad,’ it seems there’s no role Bryan Cranston, 65, can’t master; and he has the Tony, Emmy, and SAG Awards to show it. But one starring role at which he’s had decades of practice? As a husband, to current wife Robin Dearden, 68, and to his first wife, Micky Middleton.

Though Bryan and Robin have been married since 1989 before they met he spent a few years married to his first wife, Micky Middleton. Though Micky and Bryan would divorce in 1982, Bryan has previously opened up about his relationship with and the mistakes he made in his younger relationships. Learn everything there is to know about Bryan and his wives, here!

Bryan married his first wife, the writer and Florida native Micky Middleton, in 1977 when the actor was just 23. He looked back on exchanging vows with Micky in his autobiography A Life In Parts, sharing: “I don’t think I grasped the depth and the consequence of the commitment I was making. The vows I spoke weren’t empty. I cared about her. I loved her. But in the end, I wasn’t ready.” The pair divorced in 1982.

Celebrity Divorces In 2021: All The Stars Who Called It Quits On Their Marriages This Year 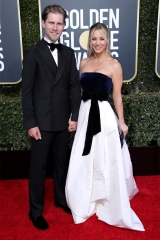 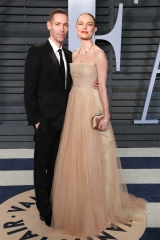 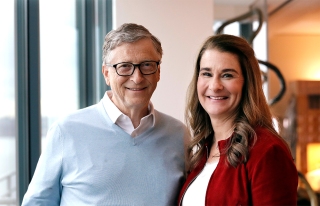 Though Micky and Bryan never had any children, Mickey too went on to remarry her current husband Steve just six months after her split from Bryan. Again looking back in his autobiography, Bryan shared: If either of us had been honest, we would have gone our separate ways much earlier…She was a sweetheart. No arguing. No bitterness. We were just mismatched.”

Bryan would go on to find his match in Robin Dearden, who he wed in 1989 after a two-year courtship. After a brief meeting and mutual attraction on a shared TV show in 1986, the couple reconnected, and the rest was history.

The pair’s romantic end ironically started in quite the non-romantic manner; Bryan and Robin were acting on a show together where Bryan played a jilted lover holding Robin’s character and her sorority sisters hostage. Bryan has shared that the couple first met on the set of the TV show Airwolf, which Bryan called “terrible.” “It changed both our lives,” he continued. Robin even went on to reveal that though she had a boyfriend and Bryan had a girlfriend at the time of their meet-cute, she thought Bryan was “the funniest man I’d ever met.”

Fast forward to over thirty years later, and Robin and Bryan’s relationship is still going on. The couple share one daughter, Taylor Dearden, 29, who was born in 1993. Taylor herself has had a few roles onscreen on shows like American Vandal and her dad’s own Breaking Bad.