Kanye West took Chaney Jones to Miami’s Makato after a shopping date at Balenciaga, where onlookers thought she was Kim Kardashian a source tells HL EXCLUSIVELY.

Kanye West , 44, and his gorgeous new muse Chaney Jones, 24, has been drawing major comparisons to his ex  Kim Kardashian, 41. The two ladies look so much alike to the point that eyewitnesses at Miami restaurant Makato actually thought Chaney was Kim, a source tells HollywoodLife EXCLUSIVELY.

“Some people thought that the girl he was with was Kim for a moment,” the eyewitness said to HL of the Makato date, which followed Ye and Chaney’s shopping trip to Balenciaga on Feb. 24. Chaney sported a plunging black catsuit and futuristic sunglasses much like Kim has been wearing as of late, likely prompting some of the confusion. She was also carrying a pricey Hermès Birkin handbag, known to be one of Kim’s go-to fashion accessories.

“Nobody had any clue who she was as everyone was pretty much enamored with Kanye,” insider added. While Kanye and Chaney haven’t confirmed their relationship is romantic or otherwise, the eyewitness did reveal that the two didn’t seem like they were on a date. “It felt like all business, nothing made it look like it was a date because so many people were surrounding them and basically cramping their style, which ended up making them leave,” they added. 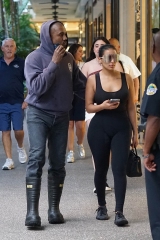 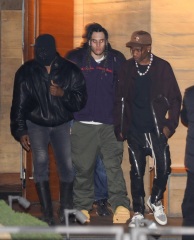 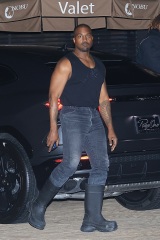 The two noshed on high-end sushi and Japanese cuisine at Makato, which is located inside the luxe Bal Harbour Shops mall. Drinks were also on the docket, per our source. “They were as low key as they could be and were having a few drinks and all over their phone,” the source spilled.” Kanye was talking to her as she was basically listening while they shared a limited amount of food. There was no hand holding, no kissing, nothing romantic. They came in and left without incident. No romance, no drama.”

Later that day, ‘Ye and Chaney kept the vibe going as they changed their outfits before heading to private members club ZZs. The pair partied at the restaurant and speak easy until 3:30 a.m., and were spotted sharing a laugh as they headed out. Chaney once again gave off Kim vibes in another black cat suit, while Ye wore is own Yeezy designed resin slides and a leather jacket.