Cheryl Burke Breaks Her Silence After Matthew Lawrence Split: ‘My Marriage Is Ending’

Cheryl Burke admits her ‘marriage is ending’ in an emotional message to her fans, following the news of her split from husband Matthew Lawrence.

Cheryl Burke is speaking out, following the news of her heartbreaking split from husband Matthew Lawrence after nearly three years of marriage. “I know I have always said I’m an open book with you guys, I do strive to be, and in writing this I’ve realized there really isn’t an easy way to announce that my marriage is ending,” Cheryl, 37, wrote on Instagram on February 24. “I hope you can understand that I will not be commenting any further at this time and am asking for understanding and privacy. Thank you all for all the kind words and support you’ve given me.”

Her message comes just a few days after Cheryl filed for divorce from the Boy Meets World actor on Feb. 18. She and Matthew, 42, tied the knot in May 2019 after getting engaged a year before that. According to the divorce docs obtained by HollywoodLife, Cheryl listed their date of separation as Jan. 7. “Irreconcilable differences” was listed as the reason for their breakup, and she claims they have a prenup.

Cheryl and Matthew met in 2006, when his brother, Joey Lawrence, competed on Dancing With the Stars. Their romance started in 2007 and they dated for one year before splitting up. However, they later reunited in 2017, and got married in 2019. 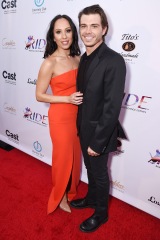 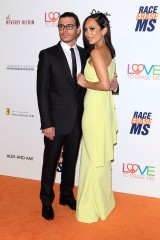 Cheryl recently finished Season 30 of DWTS in third with her partner, Peloton fitness instructor Cody Rigsby, 34. And it was a pretty intense season, as Cheryl tested positive for COVID-19 ahead of a September episode of the show. “I feel so bad for Cody. I feel like I’m letting him down. I just feel like s**t, to be quite honest. And it’s so overwhelming because it’s Sunday, and the show’s tomorrow,” she said in her announcement at the time.

Fortunately, she has since recovered and we hope to see her back on the dance floor for Season 31.