The ‘Euphoria’ season 2 finale was full of heartbreaking moments. A fan-fave character was shot and killed, while two characters were arrested. Let’s break down what happened.

Fez is getting ready to head out to see Lexi’s play. He texts her saying that he’s “on my way.” Lexi has saved him the best seat in the house. Before he leaves, Fez asks, “Is everything good?” Custer says he has to talk to him about something before he goes. Custer practically shouts that the cops found Mouse’s body. Faye immediately drops her glass and tells Fez to keep quiet because she knows Custer is working with the cops.

Faye tries to deflect the situation. She says that Custer told her that Laurie killed Mouse. Fez and Ashtray make signals to each other, but Ash stabs Custer in the neck before Fez can stop him. Fez covers Custer’s mouth so the cops won’t hear anything. They wait for Custer to die before tossing his phone in a 7-Eleven cup. They are all truly screwed.

Before the play, Lexi and Fez got the chance to talk about the future. Lexi has her future planned out, kids and everything. Fez says he wants a family just like the one on Little House on the Prairie. They discuss social media. Fez doesn’t have any social media. He doesn’t like a girl who puts her entire life on it either. He doesn’t want to “Google for scraps” about a girl. Lexi and Fez talk about how glad they are that they became friends. During the play, Lexi looks at her phone. She notices how Fez hasn’t texted her back. 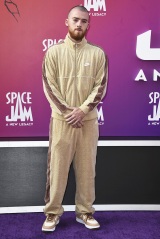 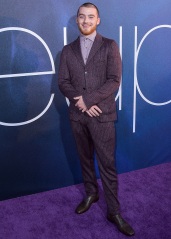 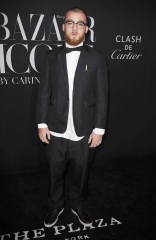 Cassie Has A Meltdown

After Nate breaks up with her, Cassie heads back to the auditorium. She is seething with rage. Rue notices Cassie breathing heavily. Suze catches Cassie in the back and knows it’s about to go down. Cassie walks down the aisle and steps on stage. Cassie loses it and goes off on Lexi. Cassie grabs Lexi and even drags her to the stage. Cassie taunts Lexi in front of everyone. Suze tries to simmer the situation and steps on stage as well. It does not go well.

“I’m going to f**king kill you,” Cassie tells Lexi. She goes on to say, “You have never even f**king lived… You’re just a f**king bystander.” Cassie slaps Suze in front of everyone. The Nate/Maddy/Cassie is brought up, and Maddy chimes in. When Cassie knocks the girl playing her off the carousel, Maddy says, “Oh, this b*tch needs to be put down.” Maddy slaps Cassie and chases her out of the auditorium.

Prior to the play, Rue pays Elliot a visit. She tells him that he saved her life. She also forgives him for outing her to Jules. Elliot sings Rue a beautiful song he wrote. He asks if they can still be friends. Rue brings up that Elliot is the one who said they wouldn’t be good for each other.

After the Cassie meltdown, the play seems to be going south. Rue starts a chant of Lexi’s name. This gives Lexi the confidence to continue on.

After Custer dies, Fez tells Ashtray to surrender. Fez says he is going to take the fall for what Ashtray did. Ashtray doesn’t listen. He grabs guns and ammo. Fez begs Ashtray to step in line and listen to him. When they hear the cops coming, Ashtray knocks Fez down and locks the bathroom door. Fez pleads with Ashtray to open the door.

Nate Has His Father Arrested

Nate shows up at his father’s warehouse where he finds Cal hanging out with some new friends. Nate reveals that he found his father’s videos when he was 11 years old. Nate says that after watching the videos, he imagined his father doing the same thing to him. Cal’s friends quickly leave. Nate says he’s spent his whole life trying to protect Cal, and all Cal has done is hate him. Cal tells Nate that he does love him and should have protected him. He knows he’s failed as a father. “There’s nothing I regret more,” Cal says.

Nate pulls his gun out. “I don’t want your apology. I just want revenge,” Nate says. He also pulls out a USB. When Cal asks what that is, Nate replies, “It’s everything.” Cal pleads with Nate not to do this. “You are who you are. I don’t think you’re ever gonna change,” Nate tells Cal. Turns out, Nate has called the cops. Nate has his father arrested.

Back at Fez’s place, the police bust the door down. Fez is still begging Ashtray to come out and surrender. Soon, the police begin shooting and Fez is caught in the crossfire. As bullets fly, Fez is screaming. When an agent walks into the bathroom, Ash appears to be dead. Ashtray sits up and shoots the officer. Suddenly, the laser goes directly to Ashtray’s head. He’s shot dead off-camera, and Fez is forced to watch his brother die. Fez is arrested after that, his letter to Lexi is left on the floor.

After the play is over, Jules comes over to sit with Rue. She tells Rue that she loves her and misses her. Rue doesn’t say a word. They look at each other. Rue gives Jules a few kisses on her forehead and walks away.

The day after the play, Rue calls Lexi and tells her that her play was “beautiful.” She asks to come over and talk. Rue admits that Lexi’s play was the first time she was able to look at her life and not hate herself for what she’s done. She tells Lexi that her play “meant the world.”

They talk about their dads. Rue feels like she still had so much to learn from her dad. She’s still angry about it. Lexi admits that she felt a sense of relief when he stopped showing up. She always felt like something bad was going to happen with him.

Rue goes on to say, “I promise you it’s not all his fault. I don’t know for certain, but I’m pretty sure he wakes up every day and thinks I’m gonna be better for her, I’m gonna be there for her. That’s also the problem ‘cause he only wants to be better for you. Because I know that he loves you a lot more than he loves himself.” Rue comforts Lexi and that’s where Lexi’s play ends.

In the school bathroom, Cassie has a bloody nose and Maddy is icing her foot. Cassie reveals that Nate broke up with her just before her meltdown. “Don’t worry this is just the beginning,” Maddy tells Cassie before walking away.

As the play ends, Rue says that she stayed clean through the rest of the school year. She doesn’t know if this feeling will last forever, but she’s trying. That’s what matters.

The Eyes of Tammy Faye Actors vs. the Real-Life Characters