Matt Hutchings, husband of the late cinematographer Halyna Hutchins who was fatally shot on the set of ‘Rust,’ is speaking out against the perceived injustices of the situation.

Speaking out for the first time since his late wife Halyna Hutchins‘ on-set death via an accidentally discharged prop gun, Matt Hutchins is admitting he’s “so angry” at how the situation was handled, or, really, not properly handled. In a TODAY show interview airing Thursday Feb. 24, Matt spoke with Hoda Kotb about the tragedy and also Alec Baldwin‘s involvement in the incident, recalling the actor’s Dec. 2021 interview with ABC News and his insistence he “didn’t pull the trigger,” absolving himself of all responsibility.

“I just felt so angry,” Matt, who shares 9-year-old son Andros with Halyna, said in a promotional clip released by Today“I was just so angry to see him talk about her death so publicly in such a detailed way and then to not accept any responsibility after having just described killing her.”

Matt then responded to the story, saying, “The idea that the person holding the gun and causing it to discharge is not responsible is absurd to me.” He then continued to Hoda, adding, “Gun safety was not the only problem on that set. There were a number of industry standards that were not practiced and there’s multiple responsible parties.”

Alec Baldwin — Photos Of The Actor 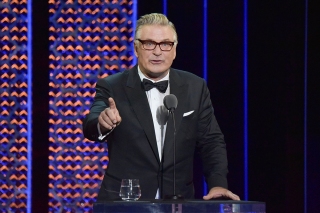 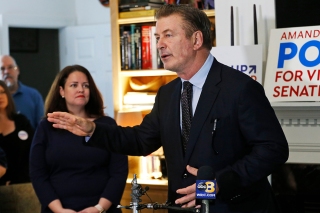 Matt went on to condemn the behavior of Alec, saying, “Hearing him blame Halyna in the interview and shift responsibility to others and seeing him cry about it I just feel like … are we really supposed to feel bad about you, Mr. Baldwin?”

“Mr. Baldwin and others were responsible and are responsible for safety on the job site,” lawyer Brian Panish stated in a press conference at the time.

Where to Shop Rihanna’s Most Memorable Pregnancy Looks