Kim Kardashian is not happy with Kanye West’s ‘Eazy’ music video which depicts the decapitation and burying of Pete Davidson.

Kim Kardashian is “absolutely disgusted” by ex Kanye West‘s new “Eazy” music video with The Game. The Keeping Up With the Kardashian star’s reaction comes after the 44-year-old rapper dropped an animated music video on March 2 which depicts his clay animation character imagining what it’d be like to decapitate and bury her current boyfriend, Pete Davidson.

A few sources close to the reality star spoke EXCLUSIVELY with HollywoodLife and revealed how the reality star feels after seeing Ye’s latest video. “Kim and her entire family are absolutely disgusted by it. Kanye reaffirmed to the world why Kim left him and why she is better off without that dark cloud hanging over her,” one source said.

“Kim is not a West and he is not her husband anymore,” the pal added. “He is the father of her children, and it is not setting a good example when North can go on his Instagram and see a video of him murdering her mother’s boyfriend. In the end, Kanye showed his true colors to the world. She is done making excuses for him.” 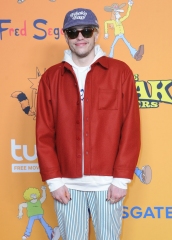 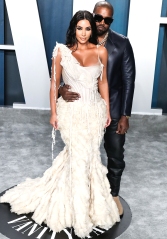 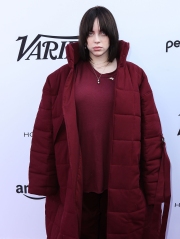 Just moments before Kanye dropped his music video, it was announced that Kim won big in their ongoing divorce case. The judge granted Kim’s wishes to be legally single and to drop her “West” last name. The exes share four children — daughters North, 8, and Chicago, 4, and sons Saint, 6, and Psalm, 2 — and they have been co-parenting their children ever since their split in early February 2021.

“Kim’s jaw dropped when she saw Kanye’s music video,” a second source said. “Kim can’t believe what she was seeing unfold. Of course, she thinks it’s horrible, especially on a day when she’s personally celebrating her win in court. Kim has enough going on in her life and she doesn’t have the time or energy to put into mulling over every single thing Kanye does or doesn’t do that upsets her. But this is a big deal and she’s done trying to appease him in order to keep the peace.”

“She feels like a huge weight has been lifted now that she’s officially single and she’s prepared to put up boundaries which he needs to respect,” the insider continued. “Kim’s family and friends can’t believe how well she is holding up with all of this going on. She is truly a rockstar and she’s proving how unbreakable she really is.”

It’s no wonder Kim has her concerns after Kanye posted the music video which features clay animation  and shows Kanye’s character dragging a body tied up by ropes with a bag over the head. Kanye then pulls off the bag to reveal Pete’s face before sprinkling rose seeds over his head. Roses sprout from Pete’s head, and they eventually get loaded into the back of a pickup truck. At the end of the video, it says, “EVERYONE LIVED HAPPILY EVER AFTER / EXCEPT SKETE YOU KNOW WHO / JK HE’S FINE.”

Post Malone’s One-of-a-Kind, White-on-White 2019 Bugatti Chiron Is up for Sale