After Jason Momoa moved back in with Lisa Bonet to work on patching their marriage, the ‘Aquaman’ star lovingly referred to his wife as his ‘family’ while attending the premiere of Zoe Kravitz’s movie.

“Lisa [Bonet] couldn’t be here, so we’re representing me and the babies,” Jason Momoa told Entertainment Tonight at the New York City premiere of The Batman on Tuesday (Mar. 1). Jason, 42, was on hand with his and Lisa’s kids – Nakoa-Wolf Momoa, 13, and 14-year-old Lola Momoa – to support Zoe Kravitz’s turn as Catwoman in Matt Reeves’ cinematic take on the Caped Crusader. Though Lisa, 54, wasn’t there in person, she was there in Jason’s heart. “We’re very excited to just be here,” he told ET. “It’s still family, you know? … We’re just so proud.”

A month after Lisa and Jason announced their split, HollywoodLife reported that Jason had moved back in with his wife, and they were “very much back together,” according to an insider. The source told HL EXCLUSIVELY that Jason and Lisa had decided to “work on things rather than throw in the towel.” The two have been together since 2005 and tied the knot in 2017. Apparently, Jason’s busy schedule was to blame for the breakup, with a source telling HL that his time away from the family wore Lisa down. “Lisa has to bear the full brunt of parenting, and it just gets hard on her sometimes,” a source shared.

It seemed like this love had reached a breaking point in January. “We have all felt the squeeze and changes of these transformational times… A revolution is unfolding ~and our family is of no exception,” Jason wrote on Jan. 12 in a now-deleted Instagram post. “And so~ We share our Family news~ That we are parting ways in marriage. We share this not because we think it’s newsworthy ~ But so that~ as we go about our lives, we may do so with dignity and honesty.” 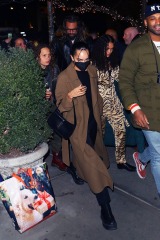 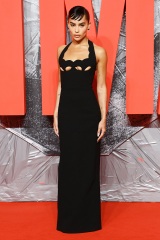 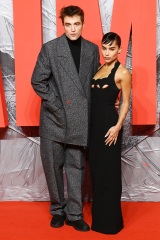 It looked like this romance was done. Shortly after posting that message, Jason was spotted in Los Angeles without his wedding ring. Lisa kept a low profile, for her part. And yet, things turned around. Jason moved back in, and he became the biggest supporter of Zoe’s turn as Selina Kyle/Catwoman in The Batman. Jason posted a photo of him alongside Zoe’s beau, Channing Tatum, on the tarmac before flying to the NYC premiere. He also took “the babies” out to dinner with Zoe and Channing before heading to the screening.