Kim Kardashian went Instagram official with her legally single status as she removed her ex-husband Kanye West’s last name from her profile.

Ye had his own reaction to the court ruling. He had initially denied her request to become single so it’s possible he wanted the same outcome the second time around. After the ruling, he was spotted making an intense phone call outside of the Four Seasons in Miami Beach. He had also uploaded a music video for his song “Eazy” during which an animated version of him carried Kim’s boyfriend Pete Davidson’s dead body and decapitated head.

It’s safe to say the Keeping Up With The Kardashian star was not thrilled about the disturbing video. “Kim and her entire family are absolutely disgusted by it. Kanye reaffirmed to the world why Kim left him and why she is better off without that dark cloud hanging over her,” a source close to the SKIMS founder EXCLUSIVELY told HollywoodLife. 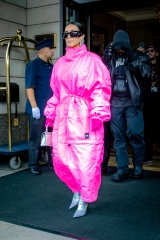 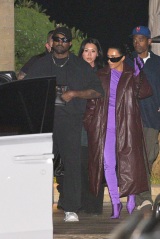 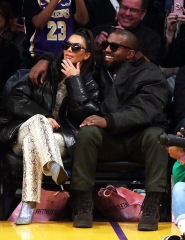 “Kim is not a West and he is not her husband anymore,” the pal added. “He is the father of her children, and it is not setting a good example when North can go on his Instagram and see a video of him murdering her mother’s boyfriend.” This comes after the “Gold Digger” rapper had been relentlessly insulting the Saturday Night Live actor on Instagram. The one-sided feud led to Pete deleting his social media while Kim and all her sisters unfollowed Ye.

Regardless of all the drama, Kim has no intention of keeping him away from their four kids North, 8, Saint, 6, Chicago, 4 and Psalm, 2. A separate source explained that she won’t try to bar him from parenting their kids amid their contentious divorce. “Despite the very public displays of raw emotion that Kanye has been exhibiting, when it comes to their kids, Kim really doesn’t worry at all,” the source explained. “She knows that Kanye lives for, and absolutely adores, his kids. So she really has no cause for concern.”