Although they keep their romance super private, Leighton Meester and Adam Brody are still one of Hollywood’s most beloved couples. It’s probably because both stars hail from two different TV shows that are absolutely beloved by fans. Leighton, 35, played the iconic Blair Waldorf on Gossip Girl, while Adam, 42, starred as the lovable Seth Cohen in The O.C. While the couple didn’t share the screen on their popular shows, they have worked together in Hollywood a few times. Leighton and Adam have been together for nearly a decade and have expanded their family with the arrival of two children. As their love continues, we’re taking a look back at the timeline of Leighton and Adam’s romance.

The stars first met in 2007, the year Gossip Girl premiered and The O.C. ended. They were introduced at a dinner for the Gossip Girl cast through Josh Schwartz, who created both teen dramas. “The first time we met, that whole cast was eating at Canter’s and I lived at Canter’s for like my entire 20s. And I was leaving, and he introduced all of us,” Adam said on Anna Faris‘ podcast in March 2021.

A few years after their initial introductions, Adam and Leighton got to know each other more on the set of the 2011 film The Oranges. “I was seeing someone at the time. So, we met kind of through mutual work friends off and on. And then we didn’t get together about a year after that movie when I was single,” Adam said in the podcast interview. “But I had no idea whether she was a good person or not. And, in fact, kind of assumed she probably wasn’t for like the first handful of years that I didn’t know her, just because, I don’t know, Gossip Girl. Not that I tagged all actresses with that or anything — I didn’t. And I like to date actors. I never believe that stigma,” he added. 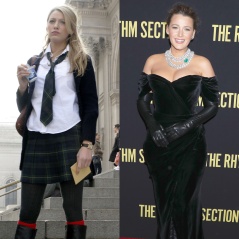 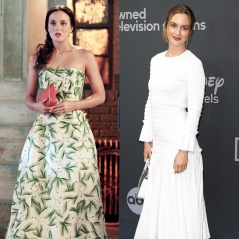 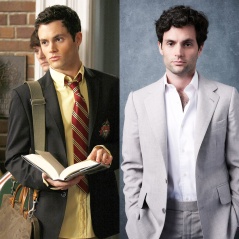 Adam and Leighton started dating sometime in 2012, though news of their romance wasn’t confirmed until the following year. They kept their romance out of the public eye until June 2013, when they attended the premiere of Adam’s movie Some Girl(s) together. They worked together on-screen again in the 2014 rom-com Life Partners.

The couple gets married in a secret ceremony.

After getting engaged in November 2013, Adam and Leighton said “I do” during a private wedding ceremony on February 15, 2014 in Northern California. Adam confirmed the marriage in a paparazzi video a few days later. When a reporter asked Adam if he indeed got married, the actor simply responded, “Yes.” Beyond that, the couple didn’t share any details about their wedding day.

They make their red carpet debut.

Leighton and Adam made their red carpet debut as a couple at the 2014 Tony Awards, which was held four months after their wedding. They were there for Leighton’s play Of Mice and Men. She starred in the 2014 Broadway production as Curley’s wife. Adam looked dapper at the event in a suit and tie, while Leighton stunned in a white dress. The couple were all smiles together on the carpet.

Leighton and Adam welcomed their first child, daughter Arlo Day, on August 4, 2015. They keep Arlo out of the public eye and shield her from paparazzi. Adam later gushed over his first-born in an interview with GQ in 2019. “She’s the thing I’m most proud of and gives me the most joy. She’s just so dang awesome,” he told the publication. “It just gives you a new perspective in the best way—something to focus on that’s greater and more important than yourself. Also that’s 100% true and even in another way. She has even become my security blanket for the outside world in terms of ‘I don’t need your approval I have my daughter, f*ck you.’ “

They give their first joint interview.

After avoiding talking about their relationship for so long, Leighton and Adam finally did their first joint interview with Entertainment Tonight in June 2017 while at a Feeding America event. They were asked if they embrace their TV characters (Blair and Seth) ending up together in real life. “Occasionally,” they both said. “Once a year,” Adam added. “We have a Seth and Blair day. We dress up.” Leighton said, “It’s exciting to us that it’s exciting to you.”

The couple welcomes their second child.

Adam and Leighton expanded their family again when their second child, a son, was born in Summer 2020. The couple have yet to confirm their son’s name. Fans learned of the little boy’s arrival from Adam’s appearance on The Fun Time Boys Game Night Spectacular on Twitch in early September 2020. “Since the last time I played, I have a new kid. I have a boy, and he’s a dream, a dream boy,” he said on the stream.

Pregnant Rihanna Steps Out in One of Her Riskiest Looks Yet