Fans were delighted to see Mark Ruffalo with his wife Sunrise Coigney and daughter Bella Noche Ruffalo at the ‘Adam Project’ premiere in a rare public family appearance.

Mark Ruffalo, 54, typically attends his movie premieres alone, but this time, he brought his gorgeous wife of 22 years, Sunrise Coigney, 49, and their 16-year-old daughter Bella to the red carpet! Mark, who stars in the sci-fi flick The Adam Project, wore a classic black suit and patent black oxfords for the premiere while his wife donned a strapless, structured black satin gown, pairing the look with burgundy strappy satin heels. Bella sported a more casual look, with an oversized green-and-black jacket over a black t-shirt, completing the outfit with dark khaki pants and sneakers.

The Netflix movie provided another significant moment for Mark, who reunited with his former 13 Going on 30 co-star, Jennifer Garner, 49, after 18 years. In the new movie, they play a married couple opposite Ryan Reynolds and Zoe Saldana. During the premiere, Jen gushed about finally reuniting with her former co-star long after their days as Jenna and Matt in their beloved rom-com.

“It was so lovely,” Jen told Entertainment Tonight. “It was really comforting to be together again, and I don’t think either of us realized how much we needed it and how great we feel.”

Celebrity Kids Who Are Now Taller Than Their Parents: Jennifer Garner & Others With Tall Children 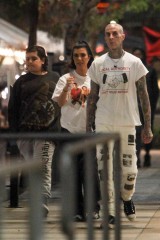 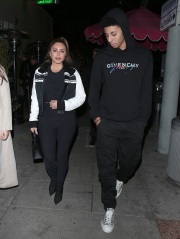 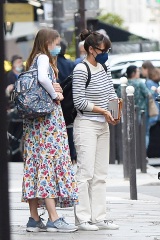 The Alias actress went on, “Making the movie, specifically, was so special and then it’s meant so much to so many people since then, which has been such a gift. So, we’ve kinda been woven into each other’s lives without the benefit of really being together. It just felt like we were picking up where we left off.”

Mark also spoke to the outlet about how much his and Jen’s lives have changed since their rom-com came out in 2004. “We did 13 Going on 30, went on and had lives, families, and kids and all kinds of other stuff, and came back and it’s like, ‘Wow. what a journey we’ve taken,’ and here we are.”