One big, happy family! Machine Gun Kelly and Megan Fox spent some quality time with his 12-year-old daughter Casie and goofed off together in new photos.

After attending the NBA All-Star Game together, Machine Gun Kelly and Megan Fox reunited with MGK’s daughter, Casie, 12. The trio took some photos together while making a pit stop at 27 Club Coffee in Cleveland, Ohio. Megan shared two photos from their hang-out session on her Instagram Story on February 23.

In the first photo, Megan and Machine Gun Kelly have big smiles on their faces as they sit next to Casie, who is making a funny face. The second photo is a candid one, with Casie reaching over her dad to tell Megan something.

Megan and MGK were guests at the NBA All-Star Game on February 20. They were caught on the couples’ cam sitting courtside. The announcer accidentally called Megan MGK’s “wife” to the entire stadium. Megan said something to MGK after the flub, and then put her hand over her mouth. 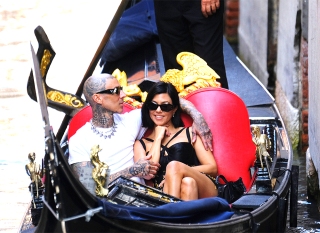 The couple isn’t married yet, but they are happily engaged. The “Bloody Valentine” singer proposed to Megan on January 11 after one year of dating. MGK gave Megan a gorgeous emerald and diamond ring.

“I know tradition is one ring, but I designed it with Stephen Webster to be two: the emerald (her birth stone) and the diamond (my birth stone) set on two magnetic bands of thorns that draw together as two halves of the same soul forming the obscure heart that is our love,” Machine Gun Kelly explained when he announced their engagement.

Megan’s divorce to ex Brian Austin Green was officially finalized on February 8. They had signed an agreement in October 2021, but a judge took four months to make their divorce official. Both Megan and Brian, who share 3 kids together, have moved on romantically. While Megan is dating MGK, Brian is expecting his fifth child with girlfriend Sharna Burgess.

First Ride: Kawasaki’s Z900 SE Blows Away the Base Model