NBA YoungBoy strikes back! The rapper responded to Lil Durk’s diss track ‘AHH HA’ with his own titled ‘I Hate YoungBoy.’

“Quando got no filter, and he say that, they gon’ f— with ’em/Clean up on aisle O, youngin let that chop blow/Ayy, my brother let that stick blow, n—- know that’s my smoke/He called me a bitch, that’s India, that be your ho,” he rapped. Wow, YoungBoy’s not holding back.

But wait, there’s more. He directly addressed some of the insults Lil Durk dropped in “AHH HA.” He didn’t seem to be phased by the track and called it weak, asking “Why you drop that whack-ass song?” He did, however, express that he had a problem with the insults Lil Durk threw at his ex-girlfriend and baby momma Jania Meshell. “Bitch, don’t bring my baby momma up, she richer than your n—–.” 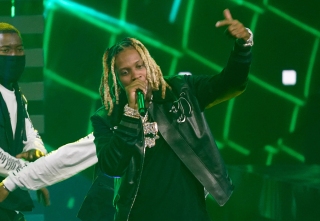 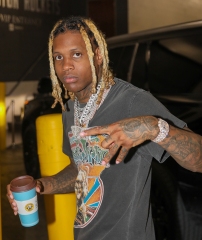 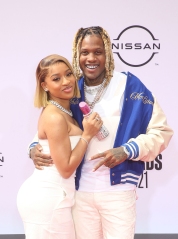 The two rappers have an extensive history of taking aim at each other. Aside from “AHH HA,” Lil Durk dissed YoungBoy on his single “7200” that was released less than 24 hours prior. “N—– acting like they really like that since my brodie died (Von)/Just got out the feds, you bring up murders with your police ass,” he rapped in one of the verses.

Lil Durk’s likely referring to YoungBoy’s recent prison time for illegal possession of firearms. He was first arrested in March 2021 and was proven on one count from a Sept. 2020 drug and gun bust. He also had previous felonies working against him including aggravated assault. He was released from prison in October, six months after his arrest and was put under house arrest. Lil Durk certainly doesn’t have a clean record either. He served prison time for three months in 2011 and a month in 2013, both for charges involving weapons.

Quavo Just Wore Unreleased YEEZYs, But We Were Too Busy Looking At His Jacket