Ricky Velez may be a comedian, but he took to his Instagram to make clear when it comes to good friend Pete Davidson, threats are no laughing matter. In a now-deleted story, Ricky, who starred alongside Pete in his semi-autobiographical 2020 film The King of Staten Island, shared his thoughts on Kanye West‘s social media attacks on Pete. Emphasizing that Kanye’s actions weren’t “funny or entertaining,” Ricky wrote: “a 44 year old man internet thugging is just sad.”

Pete and Kanye’s feud all goes back to one woman: Kanye’s ex, Kim Kardashian. Newly “legally single” and in a relationship with Pete, Kim has been moving on from their marriage, but Kanye can’t seem to let go. From a diss track threatening to “beat Pete Davidson’s a**” to a disturbing video where he decapitates Pete in Claymation, Kanye has made his gruesome dislike for Kim’s new flame clear. And if the lyrics and video weren’t clear enough allusion, Kanye’s taken to his personal Instagram account more times than fans can count to share how he really feels about Pete.

Taking to Instagram to air his disdain for Pete, who he nicknamed “Skete,” Kanye called for his over 15 million Instagram followers to “scream” at Pete “Kimye Forever” whenever seeing him. After Pete deactivated his Instagram amid the commotion, Kanye celebrated claiming he “ran Skete” off Instagram. Kanye has also called out multiple celebrities, from Kid Cudi to Michael Che to Timotheé Chalamet, for remaining on good terms with his new nemesis Pete. 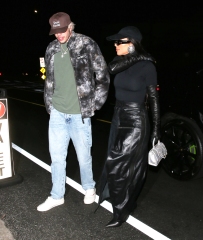 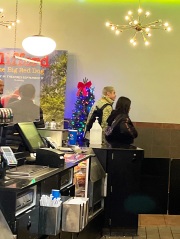 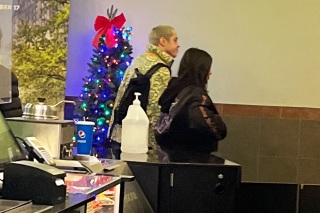 Though Pete has reportedly found many of Kanye’s antics, including the ‘Eazy’ diss track, amusing, those closest to him have been concerned for his safety. In fact, Kim even allegedly reached out to Kanye at one point in texts he shared briefly to Instagram, pleading with him to stop the posting for fear that a fan might try to physically harm Pete. In texts that appear to be from Kim, she expressed her concern, writing: “There are dangerous people out there and this is scary and it doesn’t have to be.” Kanye later posted to Instagram sharing that he “takes accountability” for sharing Kim’s private messages, and was “working on his communication.”