Queen Elizabeth II is alive and well, despite a Feb. 22 report claiming otherwise. Buckingham Palace confirmed that on Feb. 23, when they revealed she held an audience with U.K. Prime Minister Boris Johnson.

Queen Elizabeth II is not dead. The long-reigning monarch of the United Kingdom, Northern Ireland, Canada, Australia, and New Zealand is very much alive and well, Buckingham Palace revealed to CNN on Feb. 23, when they said she held an audience with U.K. Prime Minister Boris Johnson over the phone from Windsor Castle on Wednesday. This news comes less than 24 hours after a report by Hollywood Unlocked claimed The Queen, 95, had died.

Boris Johnson’s visit was supposed to be in person, but it was canceled due to current government guidelines, a royal source further told CNN.

On Tuesday, Hollywood Unlocked claimed that “sources close to the Royal Kingdom” revealed that The Queen had passed away. “She was scheduled to attend the wedding of British Vogue editor Edward Enninful, but was found dead,” the shocking report claimed. And immediately after the report was published, fans went into a frenzy on social media. 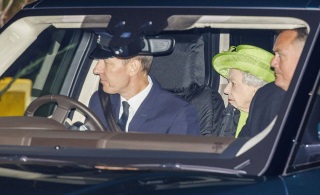 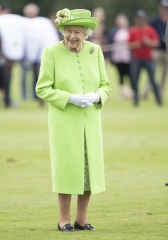 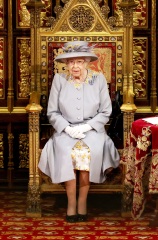 The place had announced on Sunday, Feb. 20, that The Queen tested positive for COVID-19. She was “experiencing mild cold-like symptoms” but was expected “to continue light duties at Windsor over the coming week,” the palace said at the time.

Hollywood Unlocked said The Queen “canceled her planned virtual engagements [on Tuesday] as she continued to suffer from the ‘mild Covid-19 symptoms’”, and that no further details about her alleged death were known at the time of their report.

Fortunately, we now know that The Queen is alive and still enjoying her 70th year on the throne.