Scott Disick was spotted out and about again with 23-year-old model Holly Scarfone. Could things be getting serious between the pair?

Scott Disick, 38, stepped out on Wednesday night with his new flame, 23-year-old Too Hot to Handle star Holly Scarfone, as things between the pair seem to be possibly heating up. The Keeping Up with the Kardashians star and the much younger model were seen heading into the Boum Boum night club in Paris as Holly wore a long black dress with thin beige straps, pairing the look with matching color strappy heels. Scott, for his part, sported a dark olive bomber jacket with a dark brown fur collar, wearing all black to go with it.

Holly is one of the many singles who joined the popular Netflix dating show for season 3 and was linked to fellow contestant Nathan Sloan. She was born in Canada, but lives in the U.S. and graduated with a degree in psychology from the University of Colorado. Holly’s also garnered a pretty impressive Instagram following, also working as a model and influencer on the platform and looking … well … a lot like a certain other famous reality star whom Scott knows very well. 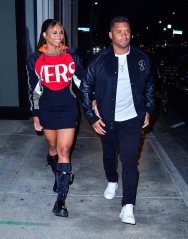 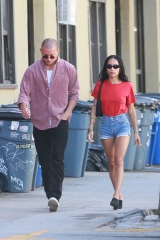 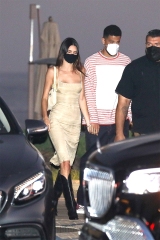 This is the second time the potential newfound couple were spotted out together in the past week. They were also seen leaving the Nobu in Malibu on Feb. 25 as Holly wore a long, flowy beige dress that tied up at the cleavage and paired the look with low, pointed-toe black heels and a beige-colored Bottega Veneta handbag. Scott joined the reality star in a monochromatic ensemble which featured black pants, sneakers, and a black North Face puffer, topping off the look with a black baseball cap.

Scott has been spotted with a bevy of beautiful models over the past couple of months since his ex, Kourtney Kardashian, 42, became engaged to Blink 182 rocker, Travis Barker, 46. For the past couple of weeks, Scott has been spending a lot of time with 24-year-old model, Hana Cross — leading many to believe that the two are getting serious. A friend of Scott’s told HollywoodLife EXCLUSIVELY, however, that the reality star will likely never get serious about a new love interest until he gets over Kourtney completely. “He just wants someone to fill the void in his heart left by Kourtney, which is never going to happen,” the source insisted.

Joy Behar Falls And Face-Plants On ‘The View’