After DJ Simi Khadra and The Weeknd were caught kissing in Vegas, she popped up in a new photo with his famous ex, Selena Gomez.

Selena Gomez appears to have no issue with a friend (Simi Khadra) dating her ex (The Weeknd). Fans realized this unique, unexpected dynamic is playing out on Feb. 24, once the “Same Old Love” singer, 29, posted new photos to Instagram that featured Simi, 28, whom she’s been friends with for years. Simi, best known as part of the modeling/DJ duo with her twin sister, Haze Khadra, has recently been romantically linked to The Weeknd, 32, who memorably dated Selena for about 10 months in 2017.

In the first photo, Selena, Simi, and Haze all posed for a loving group shot. The Disney channel alum rocked a gray crop top and sweatpants, as she put one of her hands in the air in between the twin sisters. The second image featured an action shot of Selena wrapping her arms around Haze while laughing, as Simi tried to join in for the adorable love fest.

“Since 2013 💙,” Selena captioned the post. That means Selena’s been friends with the twins since before her months-long relationship with The Weeknd (b. Abel Tesfaye). The “Save Your Tears” singer also previously dated supermodel Bella Hadid, who just happens to also be friends with Simi. However, a source just recently told HollywoodLife that Bella “is not concerned one way or another who Abel is dating, even if it is an old friend of hers.” 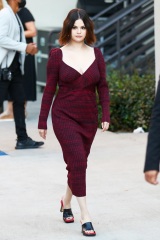 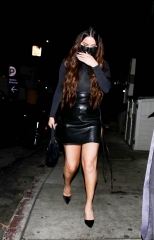 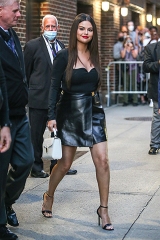 Simi and The Weeknd first sparked renewed romance speculation at the start of the month. The paparazzi photographed the two leaving the Sunset Tower Hotel in West Hollywood on Feb. 2. Supposedly, they were first linked in April 2021 but have kept a relatively low profile since then. At the time, a source told HollywoodLife that Simi and Abel weren’t dating, that they had been “friends for years.”

However, after the pair made out in Las Vegas on Saturday (Feb. 19), while celebrating Abel’s 32nd birthday, fans are assuming that the stars are indeed a romantic item. If they are, Selena clearly doesn’t seem to mind!

How to Make a Hurricane, the Festive Rum Cocktail That’s a Mardi Gras Must