Steve Harvey Reveals Whether He’d Approve Of Michael B. Jordan Asking Him To Marry Lori Harvey

Michael B. Jordan and Lori Harvey’s love is still going strong, so if the ‘Creed’ actor were to propose, would Lori’s dad – Steve Harvey – give his blessing?

Steve Harvey found himself in the hot seat when he joined Hoda Kotb and Jenna Bush Hager for a game of “Sip or Spill” on Friday’s (Mar. 4) episode of Today with Hoda & Jenna. Hoda brought up how Michael B. Jordan and Steve’s daughter, Lori Harvey, have “been dating for over a year now. If he were to ask to marry her, would you approve?” Steve, 65, took a moment to think. “Man, this is a hard one. I’ve given away two daughters. I’ve got four. That’s a really hard one.”

“I would have to say so far –” said Steve, pausing to think about his answer. Ultimately, in this game of spill the tea or take a huge swig from your drink, Steve opted for the latter. “Yeah, yeah. No, no, no, man,” he said before taking a long, long draw from his glass. It seems that Michael, 35, and Lori, 25, will have to find out Steve’s answer for themselves when the time comes.

Steve did squirm in his seat during a January episode of The Ellen DeGeneres Show when he was asked about a recent photo of Lori sitting in the Black Panther star’s lap. Lori sported a barely-there mini-dress that showed off plenty of leg, much to her father’s chagrin. “I’ve never seen that picture before,” he admitted – partially out of comic effect, partially out of fatherly embarrassment. “I’m very uncomfortable with that picture right there. I’m not really feeling that picture.”

Steve Harvey & Family: Photos Of The Host With Wife Marjorie, Daughter Lori & His Other Kids 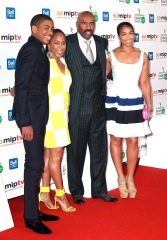 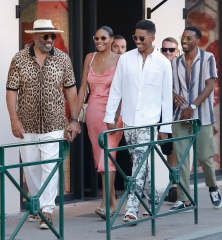 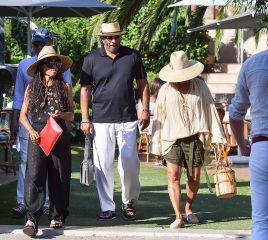 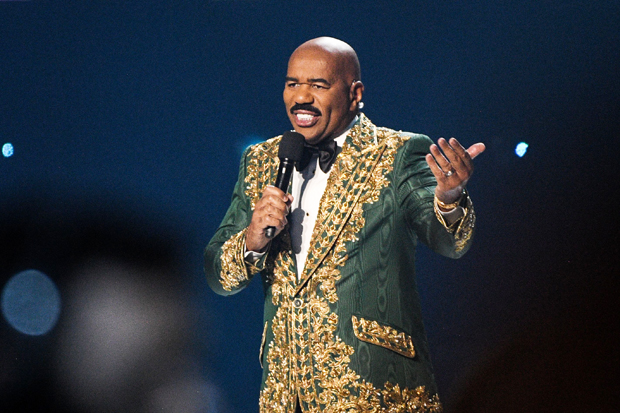 It’s likely that Steve will have to get used to this feeling or make peace with the love between his daughter and Michael. A week after Steve’s appearance on Ellen, Lori spoke with POPSUGAR about her love life and how she and Michael have been able to make it work. “Always communicate. Overcommunicate, even, so you are always on the same page,” Lori said. “Also, be friends first. You know how sometimes you fight with your siblings and, of course, you love them, but you’re like, ‘I don’t even like you right now?’ It’s important to always be friends whether you like the person.”

Lori also said that her beau “doesn’t know a ton about skincare” and that the relationship has opened his eyes. “He used to just wash his face with a warm rag and walk out the door, and it would make me cringe,” she said. It seems that reaction runs in the family.

Lindsey Graham Calls For the Assassination of Putin