Camila Cabello’s new song ‘Bam Bam’ is ‘absolutely’ about her ex Shawn Mendes and wrote it as a ‘goodbye ballad to him,’ a source tells us exclusively.

Camila Cabello, 24, has poured her heart out with her most recent single “Bam Bam” and it seems those feelings are one-hundred percent authentic. A source close to the Havana singer EXCLUSIVELY told HollywoodLife that “Bam Bam” is “absolutely about her breakup with Shawn Mendes.” She has seemingly used the song to gain closure and close the door on their relationship for good.

“Camila knows that reconciliation is no longer on the table and she wrote this song as a sort of goodbye ballad to him,” the source continued. The “My Oh My” singer did have hopes of reconciling with Shawn that time they were spotted in Miami. However, he made his feelings clear with his breakup song and with hers, she wants to “show her fans that she is okay and that she is ready to move on.”

The former Fifth Harmony band member was clearly strongly affected by her breakup with the “There’s Nothing Holding Me Back” singer, and a second source EXCLUSIVELY tells HollywoodLife that it has been cathartic for her. “When it comes to Camila’s new song, it is definitely about Shawn and their relationship,” our source explained. “The ups and downs of that relationship really are going to stay with Camila for a long time and to have songs that she can share is a great remedy to get over everything.” 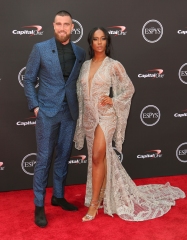 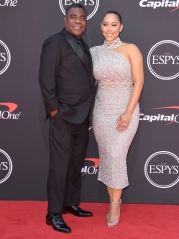 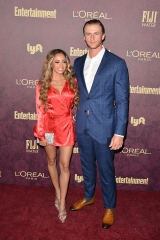 All in all, Camila is “proud” of the song and feels “it is all about healing.” This comes after her fans have been speculating that “Bam Bam” is about the “Stitches” singer. Some of the lyrics are very telling as she sings, “You say you hated the ocean but you’re surfing now / I say I’d love our life but I just sold our house / We were kids at the start I guess we’re grown-ups now / Now I’m dancing with strangers you could be casually dating.”

Camila and Shawn announced that they were breaking up in a joint statement in November 2021. The pair had been dating for two years at that point, although their friendship dates all the way back to 2015. They had first sparked romance rumors after fans couldn’t help but notice the chemistry they had during Camila’s “Señorita” music video. Now that they’ve split for good though, it seems Shawn has moved on as he was spotted with a Camila look-alike engaging in an intimate ritual on the beach.

Jeep Just Unveiled Its First All-Electric SUV—and No, It’s Not a Wrangler