Visit the original post to see all 5 images from this gallery.

There’s much to say about adidas x Gucci that’s already been said: it’s huge, it’s vivacious, it’s a joyous luxurification of sportswear codes that feels fresh and familiar all at once. But only now can I say that adidas x Gucci comprises everything from platform Gazelle sneakers to five-figure golf bags. It’s all here.

The first adidas x Gucci release was in early June, comprising a core selection of collaborative shoes, sportswear, suiting, and all the other stuff that you’d expect from a meeting of industry giants.

Truly, adidas x Gucci is a massive partnership that can’t be contained in a single drop. Hence why the pair elected to split the collaboration into multiple drops, the second of which launched July 22 on Gucci’s website and at select flagships.

There’s new athleisure here, including a fresh spread of outerwear and shorts ideal for the intolerable summer heat sweeping the country, but also plenty of new flash courtesy of limited edition jewelry that brings together the inimitable branding of both Gucci and adidas.

The main event, as far as I’m considered, are these wild new platform sneakers and top-tier golf club bags.

adidas’ Gazelle, a timelessly trendy silhouette if there ever was one, gets Guccified with a giant rainbow-hued platform sole, taking the classic court shoe sky-high for $1,290. Too many laces? Slip on a towering adidas x adidas bit loafer instead ($1,250).

What if you wanna hit the links? No sweat, just pony up $13k for the adidas x Gucci monogram caddy bag to match your $890 hat.

Or, if you really wanna rule the eight holes, cough up $19.5k for the most expensive item in the adidas x Gucci collection: a red golf club bag, available from September 8.

It’s for die-hards only, the folks who immediately ran out to pre-order Harry Styles’ Gucci T-shirts and Gucci’s fancy pet collars.

But those folks exist, as adidas & Gucci know, which is why they’re continuing to trickle out more collaborative gear as the months pass. 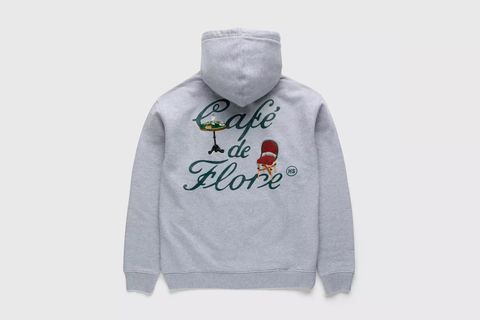 Jared Kushner Was Diagnosed With Cancer While Working at White House