Professional alpine climber, photographer and filmmaker Jimmy Chin regularly pushes the limits, taking risks that challenge even his well-honed skills. In this interview, he shares his strategies and stories with Elite Traveler’s Roberta Naas.

His name may not be a household one — unless you are a fanatical climber or mountain skier — but professional alpinist Jimmy Chin is one of the most prolific and daring climbers in the world. While he regularly takes risks, he is quick to assert that they are always calculated and intentional decisions. Chin is also an avid skier, National Geographic photographer and an Academy Award winning filmmaker. Additionally, he stepped into the role of parenthood a few years ago and most recently became a brand ambassador for Swiss watch brand Panerai.

Chin has not only climbed some of the most difficult and dangerous mountains (including Everest), but he has also trekked — on foot — Tibet’s 275-mile, incredibly remote Chang Tang Plateau; he is one of the only people ever to ski off of the summit of Mount Everest; and is one of only three people (the other two were his ski partners) to have skied the Southeast Ridge route.

“I have chosen this profession because I find the best version of myself when the stakes are really high,” says Chin during an interview in of Jackson Hole, Wyoming, where he resides. “Every time you climb, there are lessons to be learned. Oftentimes, it is about facing your fears, overcoming fears — it’s about committing to something even if you are afraid to do it, because it’s the only way you progress.

“You learn that failure is an absolute necessity to growth, and it has taught me how to look at failures as lessons. People are so afraid to fail, but in climbing it is a process of failures. You try something hard and then you fail, and then you come back again and again and get stronger, better, smarter, more efficient at how you approach it so that you can succeed.”

Caught in several avalanches that he miraculously survived, including a class-4 avalanche in the Grand Tetons in Wyoming in 2011, Chin says he is acutely aware of time and mortality. “When you are a climber, the finiteness of life is always present. That’s how I live my life. Climbing makes it [death] more tangible because, especially in the big mountains, you are faced with a lot of choices; and you have to make a lot of decisions quickly, and so those decisions have to be very intentional.

This brings a level of intentionality to life that is very useful. Avalanches and close calls make you think about your mortality, but that helps you in other decisions and it makes me live a fuller life. It also makes me very conscious of time. To me, time is the only true currency. You’re only spending it and you’re not getting it back and you can’t earn more, so you have to use it wisely.”

Chin says that when Panerai approached him to create a special watch, he was excited about making something elegant and timeless. “It was just 15 years ago that I was living out of the back of a car so I could climb, and the last thing on my mind was a beautiful timepiece. But the relationship feels really authentic to me, and this is important, especially at this time in my career.” In fact, Panerai made two versions of the Jimmy Chin watch. One was a limited edition of just 14 pieces and was sold with a three-day adventure with Chin in Jackson Hole, climbing the Tetons and wake surfing. His goal there was to push the clients beyond their limits.

“A big part of my career is built around pushing myself outside of my comfort zone, but I am very calculated about it,” says Chin, who noted that he pushed the clients just enough so that they could be inspired by their own strength. 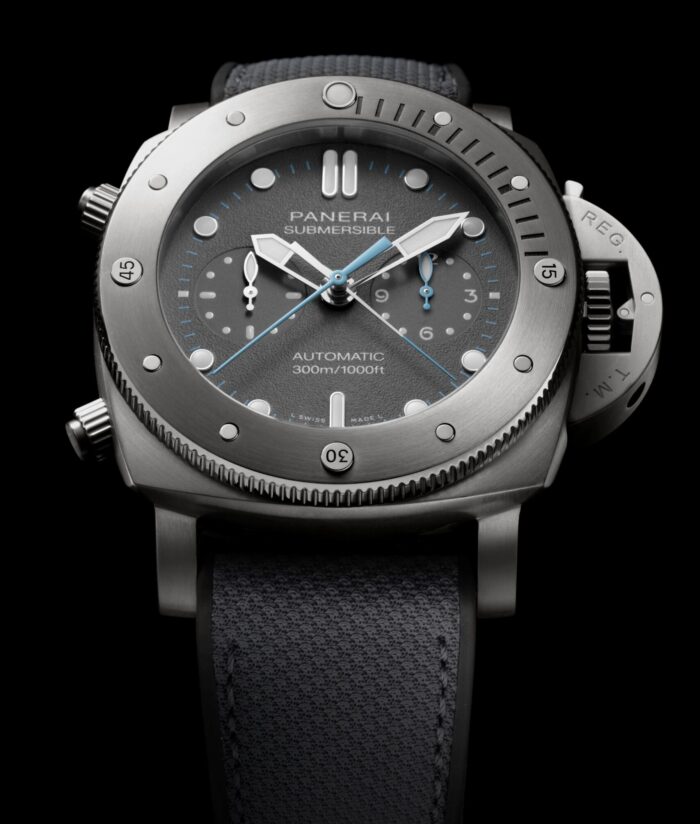 With all the expeditions he has been on, and all of the failures he has learned from, Chin says his biggest challenge in life was deciding to go against the grain and follow his heart and passion to climb. Chin’s parents were both librarians who raised him to read, but also to do the best at everything he undertook, from playing the violin to competitive swimming and more. While in college he discovered climbing and wanted to make that his life’s work.

He said: “It went against everything my very traditional Chinese immigrant parents had in mind for me. They expected me to follow a traditional career path, but they also taught me about grit and determination and excellence and perseverance. I decided to make my own way using that, and to me that felt like a huge risk. I was in my 20s, and my parents saved their whole lives and put me through private school and college, and then I went and did this other thing. That risk for me was the greatest risk I ever took.”

Chin says the fact that he was raised by librarians and “was fed tons of books” growing up fueled his imagination, and the idea of living an adventurous life took hold. “I have always felt an urgency in my life, even when I was a kid. I wanted to play more, I wanted to do more, I wanted to see more, to explore more. While I love everything I do, the core of who I am is a mountain climber and skier. Those are the passions that are the inspiration for my other work. Climbing was an entryway into exploring, experiencing and understanding human potential and the human spirit. And those are the stories I end up telling in my photography and filmmaking.”

Chin is also very aware of the concepts of inclusivity and growth. In fact, he notes that when he was growing up in Mankato, Minnesota, “There were no alpinists, filmmakers, photographers that came out of Mankato, and there are certainly no Asian climbers and filmmakers and photographers, so there was no model for me to follow.

“I believe that the best way to create change is to lead by example, and I’m conscious of the fact that I didn’t have many people who looked like me to look up to, or to look to for direction, so of course I hope I encourage young Asian kids to look twice and say, ‘Oh yeah there is someone who does it and I can do that, too.’ It gives permission in a way that they didn’t have before. Not because someone was saying that you couldn’t do it, but more just because you now see and realize that someone that looks like you is doing that.”

According to Chin, climbing has changed him and has opened a lot of doors for him, as well, particularly in the world of filmmaking. “Climbing has offered me an opportunity to explore the physical world, to explore my personal inner world and my emotional world. The lessons I have learned from climbing are applicable to every aspect of life. It gives me access to the creative side of who I am, and from that the photography and filmmaking passions come to light.” 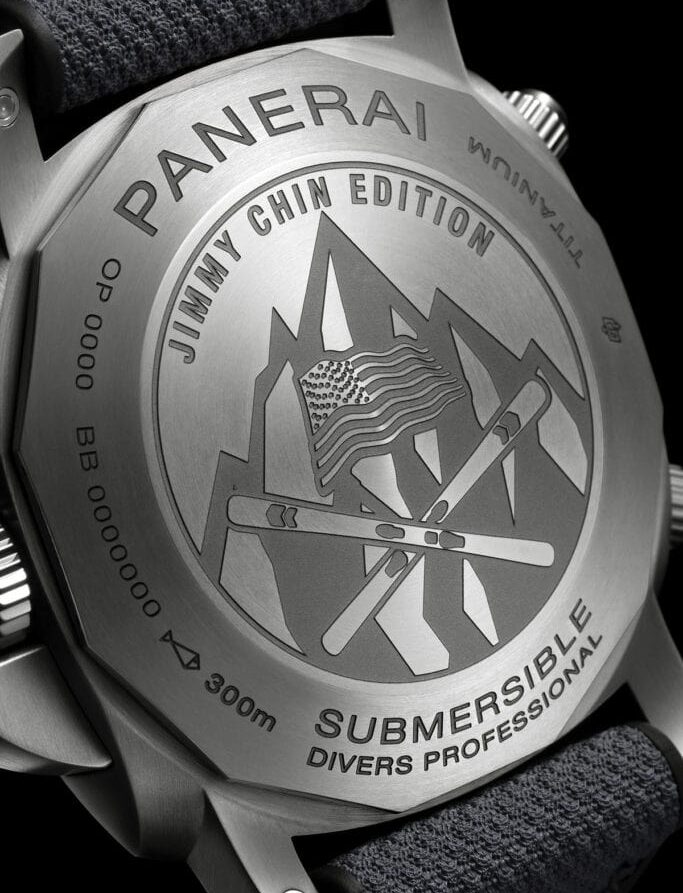 Chin’s first film, created along with his wife E. Chai Vasarhelyi in 2015, was Meru. Chin had first attempted to climb the Shark’s Fin route on Meru Central in the Himalayas with two others in 2008 but just 300 ft from the summit, he made the difficult but necessary decision to turn around for the safety of everyone.

In 2011, the three returned to the Fin and made the first-ever ascent. Meru was highly acclaimed, but it wasn’t until he and his wife co-produced the movie Free Solo in 2019 that they won both a British Academy Film Award (BAFTA) and an Academy Award for best documentary. That documentary tracked the life and decision by Alex Honnold to free solo El Capitan in Yosemite National Park. One of the most harrowing and difficult climbs, Honnold did it all without ropes. Chin and a carefully hand-selected team of photographers caught the entire climb on film thanks to their incredible climbing skills, as well.

“In this genre of alpine climbing or free soloing, Chai and I try to make films that tackle ideas and themes that are so much bigger than the subject matter,” says Chin. “We bring the emotions to light, the bigger picture than just the ascent.” Chin added that he and his wife are currently working on four films, including a documentary, The Rescue, about saving the school soccer team trapped in the caves in Thailand during a flood.

So, what advice would Chin give to today’s aspiring climbers? “It’s important to stay open-minded, to discover something that really calls to you. Sometimes finding that thing is a lifelong project, and sometimes it just happens. You never know what you will find but keep an open mind.”

[ How the FP Journe Astronomic Souveraine is Made]

Bad news, the World’s Coffee Bean Reserves are at their Lowest since Y2K