Donald Glover Is Proof That Less Really Is More

Spring/Summer 2022 leg wear chat has been all jorts and three-slash-fours thus far, so when Donald Glover was spotted running through Manhattan’s SoHo neighborhood this weekend clad in, well, almost nothing, it was a timely reminder that less can actually still be more.

First off, let’s break things down: a mustard brimmer hat is accompanied by sunglasses and an ensemble of neckwear, above some Saucony short-shorts and a pair of Endorphin Speed 2 from the same brand, the latter also arriving in varying shades of gold and yellow.

Showcasing his new clean-cut, shredded figure (I’m not jealous), these snapshots of Glover are essentially my “Instagram vs Reality”: Glover, the former, me, the latter, chaffing in a pair of short-shorts which are partly covered by my belly and copious amounts of sweat.

That being said, I don’t think I’ve ever seen someone look as relaxed (and sweat-free) on a run – especially while carrying cargo during a week that saw New York record temperatures well over 100 degrees.

While the Endorphin 2 might be Glover’s choice of shoe when it comes to running (let’s blame the carbon plate), his RC30 with New Balance should take the reins on a daily basis.

Marking his first collaboration with the Boston-based sneaker brand, the RC30 – which officially released online on July 18 – is based on the brand’s 1970s Trackster racing shoe, and is another nod of appreciation to the world of running from Glover.

In conclusion, if there’s anything to take from this snapshot of Glover’s running rig (and the shorts especially), it’s that none of us will ever pull it off quite as well – but that we can try, at least. Long live the short-short. 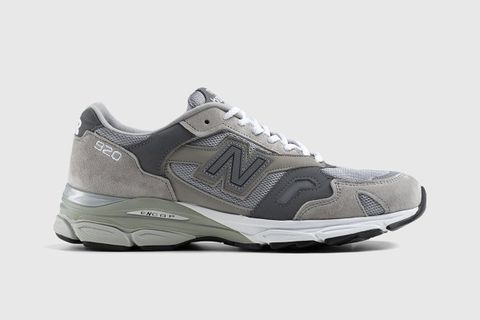 Here’s What Cadillac’s Upcoming $300,000 Electric Flagship, the Celestiq, Will Look Like