Marvel’s Comic Con News Was Cool, but the Panel ‘Fits Were Fire

During 2022 San Diego Comic Con (SDCC for short), Marvel announced what’s next up in the MCU, or Marvel Cinematic Universe for non-comic-identifying readers.

Now, as someone who enjoys a good action film (Marvel superhero pictures included), Marvel’s Comic Con news was cool and all. But, can we discuss the style moments at its panel?

From the Miu Miu stints to feet heat courtesy of Air Jordan, Marvel’s SDCC panel saw quite a few stylish bangers that are indeed worthy of recognition.

Amongst her neutral-dressed colleagues, Karen Gillan emerged as a checkerboard dream in an Oscar de la Renta Fall/Winter 2022 ensemble.

And just like that, Gillan canceled summer with this wooly outerwear look.

Marvel Studios president Kevin Feige is no stranger to the world of hype and, apparently, drip, running the most popular movie franchise with shoe game to match.

The perfect execution of leather on leather? The tasteful braided hairstyle? The toned arms that put my flabby appendages to shame? Simply put, Michaela Coel’s David Koma number clearly gets it.

What happens when you add the Kathryn Newton and the Miu Miu skirt together? You get the style moment.

One thing about Lupita N’yongo: we’re going to get an iconic color story.

Draped in Alfredo Martinez, the actress beamed in a vibrant color block dress elevated by pleats.

They say there’s something about a man in a suit.

Indeed, “they” weren’t lying, especially after Winston Duke hit us with this tailored sheer glittery goodness.

It’s Will Poulter in a cozy sweater vest and matching Birks. Enough said.

Trust in the power of Birkenstock. Take Poulter, for instance. He went from being called “the weird eyebrow actor” to the ladies giving him the flirty brows.

Am I the ‘weird eyebrow actor?’… Don’t quite know how to answer this one #EyebrowActing #Weird #FoundMyNiche 😂 https://t.co/Nxzx6asGnr 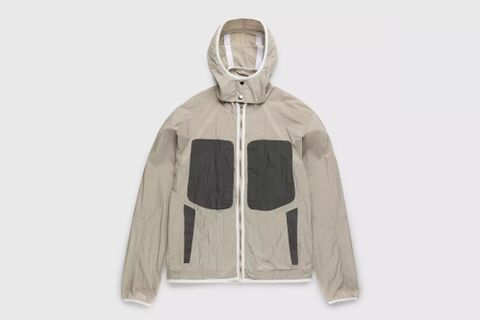