McLaren and APL Teamed Up for a Turbo-Charged Sneaker. A Supercar Is Coming Subsequent.

Shoe brand APL and supercar maker McLaren both design products guided by the same core principle: Exceptional performance that doesn’t sacrifice luxury or aesthetics. So, it is only fitting that the two companies have joined forces in an on-going collaboration that will yield both footwear and automobiles. First up is the HySpeed, a sneaker informed by McLaren’s innovative engineering and APL’s athletic shoe prowess.

Founded in 2009 by twin brothers Adam and Ryan Goldston, Athletic Propulsion Labs made its name with sneakers that perform a little too well. Their debut design, the Concept 1, was banned by the NBA due to the brand’s proprietary Load ‘N Launch technology, which instantly increased vertical leap—not unlike the McLaren Speedtail’s turbo-charged engine, which accelerates from 0 to 186mph in 12.8 seconds. “This is really a full-circle moment for us,” Ryan Goldston says, discussing the two brands’ parallels. “We started APL by being inspired by what was happening with concept cars and how they were innovating their market and, really, we wanted to push the limits of footwear in the same way.”

It might not be too far of a stretch, then, to see why McLaren was so interested in working with APL. The shoe brand has consistently tested the boundaries of footwear engineering’s capabilities. “We both believe in a simple and severe idea of design,” Adam Goldston notes. “We want to take the best materials and design something that’s minimalistic but still interesting.” In a similar way, both makers are tasked with making every inch of limited design real estate—a shoe or a car—boost performance while looking sleek. 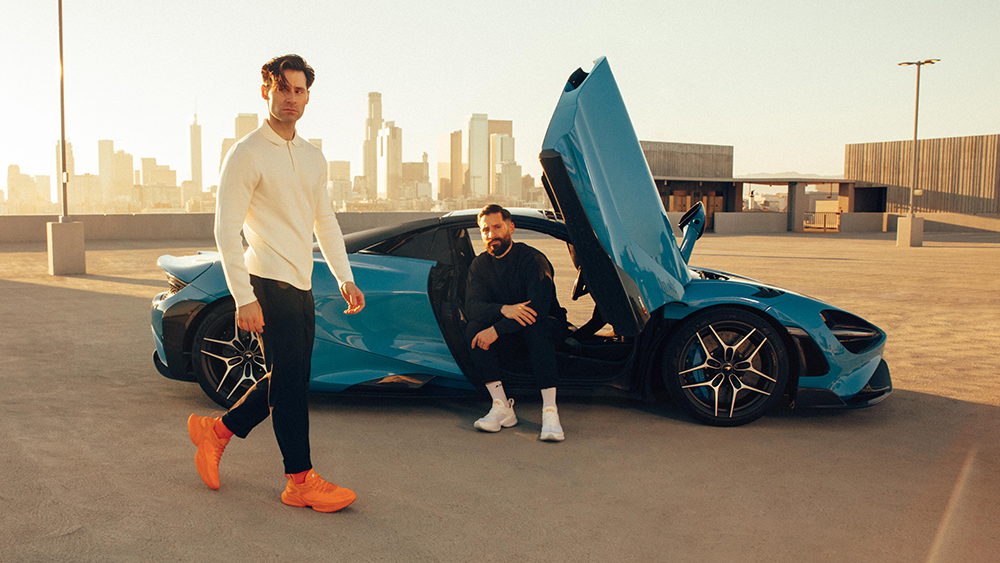 This is especially evident in the first product from APL x McLaren, released on August 2. “We really didn’t want to rehash an old design or just put a McLaren logo on our shoe and call it a day,” Adam says of the design process. The HySpeed is truly a collaborative effort, as Ryan notes: “We began from the ground floor on this one. Everything was from scratch. We didn’t want to limit ourselves to anything we’ve done before.”

In creating the HySpeed, APL built an entirely new blueprint for the sole. This running-focused design allows for a “more fluid transfer of energy from the heel to the forefoot while in use,” Ryan says, comparing it to the unleashed energy in every McLaren. This running shoe is, in essence, a grand tour coupe for one’s feet. 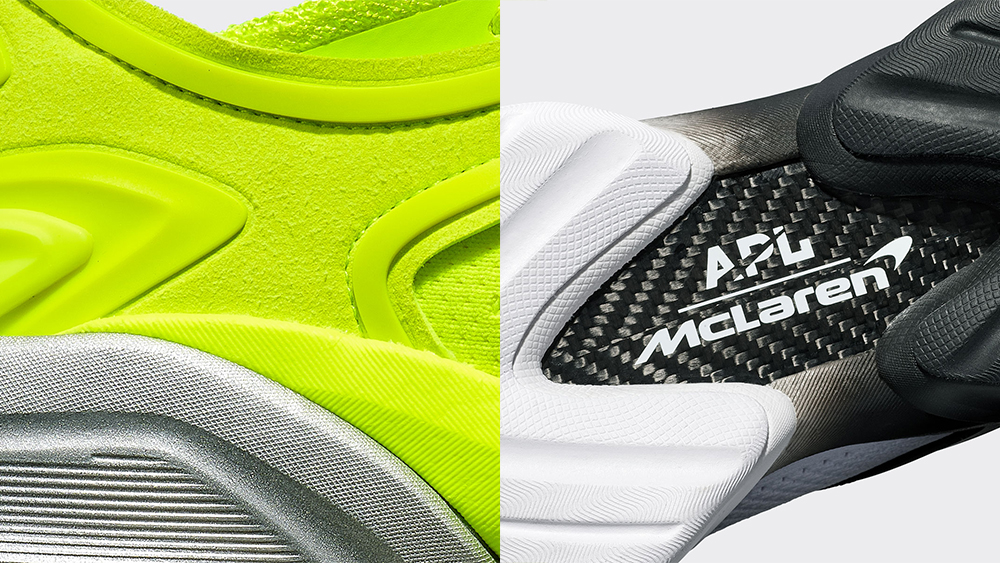 In its efforts to up the propulsion ante, APL looked to materials used by McLaren that could be easily adapted to sneakers. The carbon fiber used in the carmaker’s Senna seats features in the HySpeed’s upper and heel, giving comfort and support without adding extra weight. The final design has a flexible knit upper, nitrogen-infused mid-sole and thick, segmented foam sole which work in tandem to amplify energy and protect feet during strenuous workouts. Perhaps most impressively, the purpose-built design can be worn with streetwear as easily as it can with athletic gear. Whether or not you’re reaping its performance-enhancing benefits, the HySpeed is simply a cool pair of kicks.

This shoe will be followed by a collaborative supercar, slated to launch at the end of 2022. The APL x McLaren 765 will be the automaker’s last non-hybrid vehicle and limited to 765 cars, plus two one-of-a-kind models valued around $1 million each. Until then—and even after—the HySpeed may be the most tangible way to feel this duo’s physics-defying speed.