After a sellout collection for our previous installment of Not In Paris, the fourth annual launch of our overtly French flagship sees us rendez-vous with old friends at Café de Flore.

An institution in the French capital, you only have to glance at its star-studded roster of previous customers to understand its role as a defining cultural meeting point. To provide a taster, that list includes greats of the past such as Ernest Hemingway, Pablo Picasso, Karl Lagerfeld, Helmut Newton, Richard Avedon, and Truman Capote.

Since it first opened in 1887, the cafe has remained a place for like-minded people to congregate — especially from the fashion industry, whether they are Parisian natives or just in town for fashion week.

Not In Paris 4 Storefront T-Shirt

Café de Flore’s location in the sixth arrondissement comes especially alive during fashion week. Found on its signature red and green seats is a revolving selection of the industry’s most influential figures creating time to frequent the spot in between busy schedules of shows.

Don’t believe us? Stavros Karelis, Founder & Buying Director MACHINE-A, previously told us she saw Riccardo Tisci sitting together with Raf Simons on her first visit. Not to mention it has been the setting for numerous campaigns and runway shows for the likes of Chanel, Yves Saint Laurent, and Louis Vuitton. 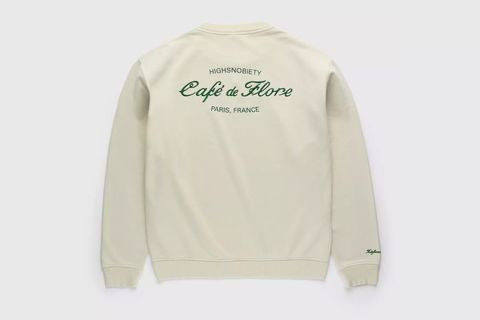 Not In Paris 4 Crewneck 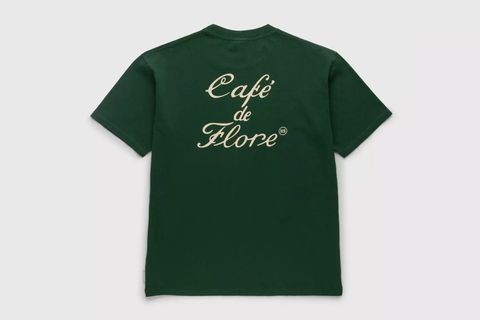 Not In Paris 4 Rendez-vous Au T-Shirt 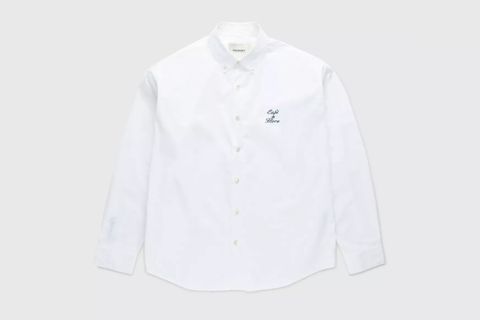 Not In Paris 4 Poplin Shirt

Our collection brings the Cafe to you. The full drop centers around the green color found on its signature tables and chairs, which you can find printed on hoodies, t-shirts, and even a watch face as part of our Swatch collaboration.

Alongside these pieces is a white button-up shirt, inspired by the uniform that the staff wear, a knit jumper with the cafe’s logo added in the center, and the return of the “rendez-Vous Au…” motif from last year’s collection.

Releasing on June 22 at the Highsnobiety Shop, check it out in the editorial above, which was shot at Café de Flore.

Jaguar and Paolo Gucci Teamed Up for a One-of-a-Kind Shooting Brake. Now It’s Heading to Auction.